How can a potential client be best prepared for their first meeting with an attorney?

It is of great assistance if people come in for the first time and have financial information with them. But more important, a general idea as to questions they specifically need answered. There is an interview sheet that people fill out prior to meeting with me and as a part of it, there is a section for them to specifically put down areas they want to cover.

What are the three most important questions women should ask of a potential attorney?

For women, the most important thing to ask a divorce attorney is what they are entitled to, what child support would be if applicable, and are they entitled to spousal support. The first of these is the most important to me because so many women coming in seem to believe that property obtained during the marriage, especially if they didn’t work, belongs somehow to their husband. In Ohio, there is a statute stating both parties have contributed equally the acquisition of marital property. There is a presumption that each is entitled to one-half even though we are an equitable division state. Just as important is domestic violence and how to best protect themselves from further abuse if applicable.

Can you describe characteristics of women who often walk away from the settlement feeling that it was fair?

There really isn’t a way for me to answer this question. Each individual woman knows this for herself. An attorney can advise as to whether or not they think it is a fair settlement, but the final decision is always going to be up to the individual, not the attorney. I’ve seen women very happy, walking away with what I felt to be a very unfair settlement, but they were very happy just to be out of the situation. I have seen others walk away with what I believe to be a fair settlement, but it didn’t, in their opinion, properly compensate them for what they have had to put up with over the years.

What should a woman do if she is not getting a response from her attorney?

This is probably one of the more important questions on this questionnaire. It applies to all clients, but if a woman feels she is not getting a response from her attorney, she needs to schedule an appointment to discuss it. Personally, I use email and I encourage clients to correspond as often as possible. Telephone calls are important, but questions come up sometimes late at night or very early in the morning, and an email is something I am going to see immediately and respond either with an email or by telephone. Communication is the key ingredient to the attorney-client relationship. Be persistent in trying to get a response. If you don’t get it, get another attorney.

What would you tell a woman if she stated she did not want her equal share of the marital assets?

This is a problem I believe most attorneys run into quite often. As stated above, all I can do is advise as to what I believe to be fair based upon my experience with our court. However, an attorney cannot make the final decision. I’ve seen many times where someone just wanted to get out of a marriage and they didn’t care what the cost was. Sometimes, it is a matter of cost. Too many times I see women walking away from the retirement benefits because there may be a cost in valuing a pension. Fortunately, or unfortunately, depending upon one’s perspective, many retirement plans now are 401(k) plans and those are very easy to value. It is the defined benefit plans that do cost some money to have valued. Yet, the cost of the valuation is often times small compared to the return. I do make a comment to women not seeking equity to reconsider because I don’t want to see those selling pencils in front of the courthouse and saying, “Oh, Lee Thompson was my attorney!” They usually laugh and assure me they would never do that. Does it really help? Actually on occasion it has.

What do you tell a woman that is determined to “get even”?

Initially, I tell her nothing. I listen to everything she has to say. I do a free initial consultation, and sometimes those last much longer than I would ever anticipate for an initial consultation, but it is an opportunity for a woman to get everything out there and get it off her chest if that is what is needed. Many times, people do not listen so I do make the effort to do so. However, I also have to be a realist as to what the court is going to do. So while I do listen, I also need to explain what the law does allow. I do not promise the world, nor do I minimize claims.

Many women report that their husbands are narcissists and trying to bully them into settling for nothing or hiding assets. What advice would you give these women?

Many women that have this complaint about their husbands are correct. When I see someone trying to bully my client into settling for nothing, or someone who hides assets, I ask the client to be patient, to allow the discovery process to work, and we can find assets. It may be difficult to do, but it can be done. If I sense the balance of power does not favor a woman that comes into my office, I ask her to please not speak with her husband about the case. I ask her to leave it up to us and, if he is accusing her of trying to get something from him that he feels she is not entitled to, and she really feels a need to respond to him, I tell her to blame me.

What should a woman do to prepare for a meditation appointment?

My county does not use the mediation process and therefore it is not applicable here. We have a Local Rule regarding mediation, but for whatever reasons, it is not used.

What advice do you give a woman who wants to relocate with her children?

Relocation cases are very difficult when children are involved. My recommendation is to begin the process as early as possible. I urge women I am representing that are going to relocate to try and make sure they have a job lined up, to take the children to the new location, to visit schools, take a look at community resources and activities that the children would be interested in, try to meet people and especially try to have children meet some of the kids in the area to try to develop friendships. I also encourage women that want to move, while visiting the relocation, to take photographs, whether it is of the schools in the area, playgrounds, or anything at all that would be beneficial to be able to show the court why the new area would be a benefit to the children.

Is it wise for a woman to date before her divorce is final?

This is a very difficult question to answer. The problem is I have seen times where men are actually living with another woman and then all of the sudden, their wife goes out on a date and he becomes livid. I guess it’s a double standard that men have. For whatever reasons, it seems to be okay for them to do it, but not for their wife. I do talk to women about this and if it is perceived to be a problem, or a potential problem, I don’t have a problem with them dating before the divorce is final, but I do in certain cases ask them to be discrete. Where I am located, we are approximately thirty miles away from a very big city in Ohio. If they are going to go out, they can always go there. Is the double standard fair? No. Is it a fact? Unfortunately, yes.

Is there any other advice you would like to give women who are just beginning the divorce process?

The best advice is to not be afraid, but that isn’t always realistic. I suppose a younger woman with a job and doing well is going to be fine despite the fact it is still going to be difficult. Unless there are children involved, divorce is an equivalent of death. You have a person in your life and all of the sudden that person is gone. It is particularly hard on a woman who is older and has been at home while their husband worked. After thirty years of this, it can be difficult going out in the world and being in your 50’s with no real job skills. There are things we can do in court to alleviate the problem, but obviously there is going to be a fear factor.

I always remember a woman that came into my office, first with one daughter. The woman I was going to be representing and ultimately did represent, was in her mid 50’s. She came in the first time with a daughter that was in her 20’s with a very good job. The client was very afraid of what the future held for her. Her daughter encouraged her to just file for divorce. She came in a second time with another daughter. This daughter was also younger and had a very good job. She also encouraged her mother to simply file for divorce and get away from her husband (the father of both young women.) I told both young women that it was easy for them to be saying this because they were young and doing very well. Their mother on the hand had never worked and they had to understand this was a very difficult move for their mom to make. It was on the third appointment that the woman decided to file for divorce. Her fear then was no one was going to want her after the case was over. The fact is, after the divorce was finally over, about one year to the date, she had remarried a man and they were living very happily in Arizona. Do all cases turn out that way, I don’t know, but things do get better. 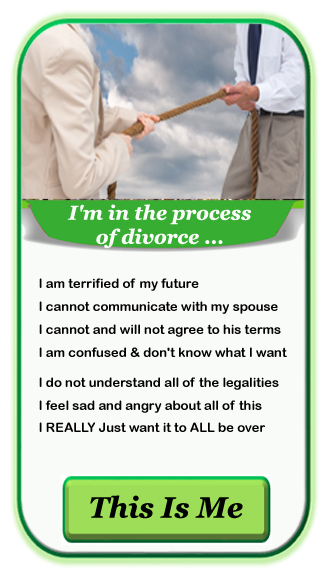 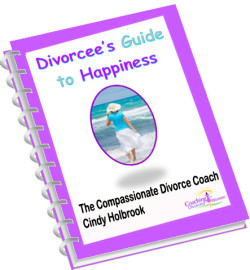 Before You Choose to NOT Forgive: Consider ...

Growing up, I always thought that Aunt June was a very angry person. She never seemed to like Uncle [...]

Ask Cindy: I Want His Past to be Exposed - Any advice?

I just found out that my ex is getting remarried.  It has been two years since our divorce was final[...]